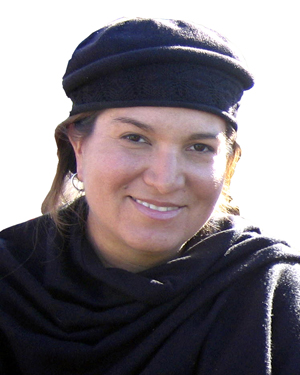 The following article by Brad Sigal is from Fight Back! News:

Winona, MN – On Jan. 3, an FBI agent contacted Waziyatawin, a well-known Dakota activist and scholar. The agent from the FBI’s Mankato, Minnesota office wanted to question her about her beliefs and about the content of a speech she gave in Winona on Nov. 8, 2010. Waziyatawin said she declined to talk with the FBI agent about the presentation or her viewpoints and instead referred him to her attorney.

According to a statement being circulated by her supporters, Waziyatawin’s Nov. 8 speech concerned the brutal realities of the colonization of this continent’s land, its resources, and First Nations People. She also spoke of a common need to restore the environment and a way of living that is not reliant on capitalism and the destruction of nature.

The FBI agent claimed to be investigating her because of the speech, which sparked a series of letters in the Winona Post newspaper. The first letter in the newspaper, by a college student who attended the speech, accused Waziyatawin of making “terroristic threats.” He told Minnesota Public Radio that the FBI then contacted him three times about his accusations.

The accusation of “terrorist threats” seem to revolve around the fact that the speech included the phrase “by any means necessary,” and when responding to questions about violence she also allegedly said or implied that violence was likely in the struggle to win justice for Native people. Waziyatawin told Minnesota Public Radio, “When I’m talking about there will undoubtedly be violence, I’m talking about violence against the Dakota people by the state, if we work toward justice.”

At the same time Waziyatawin says she is not a pacifist, given the history of genocide and ongoing oppression against Native nations and peoples by the U.S. government. In a statement on Dec. 2 responding to the controversy over her Winona speech (before the FBI got involved), she said she does not apologize for her Winona speech, and she invoked the words of Little Crow, the leader of Dakota resistance in 1862. Her statement pointedly runs through the basic facts of genocide and ongoing oppression of the Dakota people:

Our land is still under occupation. Most of our people still live in exile. Dakota people are still prevented from practicing basic freedoms (even access to sacred sites). All of the systems and institutions to which we are subject are colonial in nature and they all prevent us from living freely as Dakota people. We hold a fraction of 1% of our original land base in Minisota and our populations would die if we had to subsist on those small parcels of land. Our populations still suffer from high rates of early mortality, suicide, and violence. We suffer tremendously from Western diseases (alcoholism, cancer, diabetes). We live in a society that continues to justify our extermination and non-existence while glorifying perpetrators of genocide and rationalizing land theft. And, we have largely, silently witnessed the destruction of our homeland through extensive mining, logging, manufacturing, energy production, industrial agriculture and animal feedlots.

Her statement goes on to quantify the destruction of the environment and lands that were stolen from the Dakota people to create the state of Minnesota.

Her point of state violence against Native people was driven home in a statement put out by her supporters: “At the time she spoke, members of the Dakota Nation were holding a Commemorative March along the route that nearly two thousand Dakota people were forcibly marched in 1862. The march route passes through Winona on its way from Lower Sioux Agency to Fort Snelling, where, over the winter of 1862-1863, those who managed to survive the march itself faced confinement, starvation, disease, rape and (for many), death.”

Waziyatawin gained public attention in 2007 when she was arrested three times for committing civil disobedience to protest the official 2008 Minnesota sesquicentennial celebration, which didn’t adequately deal with the fact that the founding of Minnesota as a state came at the expense of the Dakota people in the midst of war and horrific violence. During the sesquicentennial, Waziyatawin and other activists tried to symbolically block a commemorative wagon train en route to St. Paul. All charges were dropped against her for those arrests.

The FBI’s harassment of Waziyatawin doesn’t appear directly tied to the ongoing case of FBI and grand jury harassment against anti-war and international solidarity activists in Minnesota and Chicago. But activists involved see a clear connection because in both cases the FBI is working to undermine well-known progressive activists with allegations relating to ‘terrorism’ based on their speech and their ideas. At their Jan. 6 meeting, the Minnesota Committee to Stop FBI Repression endorsed a solidarity statement condemning FBI harassment of Waziyatawin.

The Twin Cities chapter of the International Jewish Anti-Zionist Network initiated the solidarity statement and encourages individuals and organizations to sign on. The statement is available here.