Los Angeles, CA – The Committee to Stop FBI Repression has created a great new video on the life of Carlos Montes, and the fight to beat back the attempt to jail him.

Montes is a veteran Chicano activist known for his leadership of the 1968 East Los Angeles student walkouts, the historic Chicano Moratorium against the U.S. war in Vietnam, and the recent immigrants’ rights mega-marches of 2006. Montes was a co-founder of the Brown Berets. In recent years he has be active in the anti war, Chicano, labor and immigrant rights movements. He currently one of the 24 anti war and international solidarity activists who have been targeted by the FBI, and is scheduled to go on trial May 15.

END_OF_DOCUMENT_TOKEN_TO_BE_REPLACED 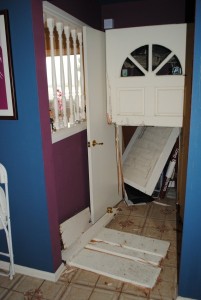 The following is being posted here from the International Action Center website. To see the petition please go here:

** Drop All Charges against Carlos Montes, and immediately return all of his property!

** Stop the attack on the Chicano and Immigrant Rights Movements!

** Call Off the Chicago Grand Jury and Stop the Expanding Witchhunt against Anti-war and International Solidarity Activists!

** Throw Out the reactiviated subpoenas against Tracy Molm, Ann Pham and Sarah Martin in Minneapolis, and ALL of the 14 subpoenas from the September 24 FBI raids of homes of anti-war and international solidarity activists.

I am writing to oppose the continuation and expansion of the FBI campaign of harassment of immigrant rights, anti-war and Palestine and other International Solidarity Activists, including the raid on the home of Carlos Montes and his arrest and the confiscation of his property, the 9 added subpoenas in the Chicago area, and reactivation of 3 of the original 14 subpoenas from the September 24 FBI raids of anti-war and international solidarity activists’ homes.

END_OF_DOCUMENT_TOKEN_TO_BE_REPLACED

Fight Back News Service is circulating the following statement from the Committee to Stop FBI Repression.

Los Angeles, CA – On May 17, 2011 at 5:00 AM the SWAT Team of the Los Angeles Sheriff’s Department and members of the FBI raided the home of Carlos Montes, a long time Chicano activist and active member of theCommittee to Stop FBI Repression. The SWAT Team smashed the front door and rushed in with automatic weapons as Carlos slept. The team of Sheriffs and FBI proceeded to ransack his house, taking his computer, cell phones and hundreds of documents, photos, diskettes and mementos of his current political activities in the pro-immigrant rights and Chicano civil rights movement. Also taken were hundreds of historical documents related to Carlos Montes’ involvement in the Chicano movement for the past 44 years.

END_OF_DOCUMENT_TOKEN_TO_BE_REPLACED

Youth marching to commemorate 40th anniversary of the Chicano moratorium. (Fight Back! News)

The following report and commentary by Carlos Montes is from Fight Back! News:

Los Angeles, CA – The powerful slogan “Chicano power” was heard here as marchers headed down Whittier Boulevard in the heart of East Los Angeles, Aug. 28. The 40th Chicano Moratorium against war had participants from as far away as El Paso, Texas and Arizona. Large numbers of high school and college students joined with the many veteran activists of the late 1960s. The march message was clear, “No to war” and “Legalization now.” Many onlookers smiled and waved to the marchers.

END_OF_DOCUMENT_TOKEN_TO_BE_REPLACED

Collected Documents on the National Question in the United States

The following is a collection of statements, resolutions, books, articles and other documents by various Marxist-Leninists which provide a theoretical analysis of the national question in the U.S. Generally speaking they are listed chronologically. This collection, though necessarily different in format, has been incorporated into the M-L Study Guide.

The Debate Over White Skin Privilege

The following documentary film, “Chicano! The History of the Mexican American Civil Rights Movement – Quest for a Homeland”, examines the beginnings of the modern Chicano Liberation Movement. For a revolutionary analysis of the Chicano struggle for national self-determination and full equality, see the 1979 article “The Struggle for Chicano Liberation” by the U.S. League for Revolutionary Struggle (Marxist-Leninist), and the important 2003 interview with Brown Berets co-founder, Carlos Montes, “Young Chicano Revolutionaries” conducted by Fight Back! News, the newspaper of the Freedom Road Socialist Organization:

END_OF_DOCUMENT_TOKEN_TO_BE_REPLACED

Carlos Montes on the 39th Anniversary of the Chicano Moratorium

Carlos Montes is a veteran fighter in the Chicano Liberation movement. He was a founder of the Brown Berets and the Chicano Moratorium. Montes is currently active in the Southern California Immigration Coalition, the East L.A.-based Latinos against War and with CSO, which organizes parents in the East Los Angeles area to fight against the privatization of public education in Los Angeles Unified School District. For more on the Chicano Liberation Struggle, see the League of Revolutionary Struggle’s 1979 Resolution on the Chicano National Question.

The following commentary by Carlos Montes is from Fight Back! News:

Los Angeles, CA – Today, Aug. 29, 2009, shows that our people are continuing the fight for equality and self-determination. It was demonstrated by the many groups that were present today at Salazar Park, including the student group MECHA and the new Brown Berets, to commemorate the historic day in 1970 when over 20,000 Chicanos marched down historic Whittier Boulevard in East L.A. to protest the war in Vietnam and the high casualty rate of Chicanos. The mass peaceful rally in 1970 was attacked by the Los Angeles Police Department and the sheriffs. Ruben Salazar, news director for KMEX, was killed, along with Angel Diaz and Lynn Ward. A similar example of repression took place on May 1, 2007 when the LAPD attacked a pro-immigrant rights rally at MacArthur Park.

END_OF_DOCUMENT_TOKEN_TO_BE_REPLACED

The following is from Fight Back! / ¡Lucha y Resiste!

A New Pamphlet on the Struggle for Immigrant Rights

After years of struggle and massive marches, justice for immigrants appears closer to reality, but we must continue to hit the streets to demand full legalization and an end to the repressive ICE detentions and deportations. It is also a time to sum up our lessons and history of struggle. This is why I encourage you to read the new pamphlet, The Immigrant Rights Movement and the Struggle for Full Equality just published by Freedom Road Socialist Organization.

Carlos Montes is a long-time activist in the Chicano community and the struggle for immigrant rights.