Posted on September 2, 2009 | Leave a comment
A tour through the most damaged neigbourhood, the lower 9th ward. Why didn’t the people come back?

For further reading on the relationship between Katrina and the political economy of national oppression, see:

Sarah Palin is a Fascist

McCain and Palin are pallin’ around with real terrorists like George W. Bush, who is responsible for the deaths of 1.2 million dead in Iraq and 4 million displaced. And now Palin “doesn’t know” if abortion clinic bombers are terrorists?? Indeed, her wording is very specific: does the categroy of “innocent americans” include abortion clinic doctors, according to Palin’s fundamentalist, right-wing world view? All of this isn’t because she’s confused. Its because she’s a fascist.

The following is an excerpt from Eric Mann’s recent article on the election, and while I don’t agree with all of Eric Mann’s ideas about revolutionaries submerging themselves into a “united front” with Obama, I do think it is important to do what it takes to prevent John McCain and his running dog, Sarah Palin, from taking office.

END_OF_DOCUMENT_TOKEN_TO_BE_REPLACED 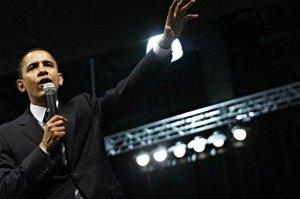 I first came upon Eric Mann of the Labor/Community Strategy Center when I read his excellent book, Katrina’s Legacy: White Racism and Black Reconstruction in New Orleans and the Gulf Coast (this article is similar to the book). As the elections draw near, folks should consider this article by Eric Mann and what it outlines as “what is at stake” in this election. I don’t really agree 100% with his formulations, in particular I don’t agree with the idea the revolutionaries should go all out campaigning for Obama, basically submerging themselves into his campaign. For my view on how revolutionaries should relate to the election, please look at this along with my article, Revolutionary reflections on the election: we are the wind and the rain, and LS’s reply, “Electing Obama is an important blow against racism and white supremacy”.

Ten Reasons We Should Turn Out the Vote for Barack Obama

For those of us who are in the Civil Rights, Immigrant Rights, Women’s Liberation, Environmental Justice, and Anti-War Movements, for those of us on the Left, the election of Barack Obama is of the utmost urgency. Voting for Barack Obama is not enough. In the next two weeks we need to put all our energy into getting out the vote to elect Obama and defeat McCain.

Because of his brilliant organizing, the possibility of an Obama victory is palpable. Because of the racism of this country and the strong reactionary elements of the general population, the threat of a McCain victory is only too real.

The stakes leave no room for passive support. The Republicans coalescing against Obama are carrying out a calculated strategy to preserve and extend the victories of Reagan and Bush. If it can be imagined, they intend to take the country even further to the right. They want to destroy what is left of democratic liberalism, destroy the Civil Rights and Black Liberation movements, destroy the Immigrant Rights, Women’s Liberation, LGBT, Anti-War movements, to destroy the Left.