Fight Back! News coverage of May Day events around the U.S.

Banner of Freedom Road Socialist Organization at May 1 march in Minneapolis.

Tucson, AZ – Around 15,000 people took to the streets here May 1 to celebrate May Day and to demand an end to racist anti-immigrant attacks at all levels of government, including an end to the hated SB1070 (the harshest anti-immigrant law in the nation), an end to border militarization and in support of immigration reform that is humanitarian rather than punitive. (Read More)

END_OF_DOCUMENT_TOKEN_TO_BE_REPLACED

Jose Maria Sison on May Day: Intensify the Struggles of the Proletariat 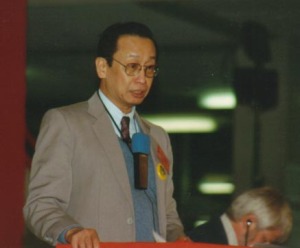 The following statement by Prof. Jose Maria Sison, Chairperson of the International League of People’s Struggle, is being reposted here from the website of the Kilusang Mayo Uno, the militant and anti-imperialist labor center in the Philippines:

Intensify the Struggles of the Proletariat Against Imperialism and Reaction

On this glorious day of the international proletariat, we, the International League of Peoples’ Struggle, join the workers and peoples of the world in celebrating their struggles, sacrifices and victories. It is of the greatest importance to raise the banner of proletarian unity and struggle against exploitation and oppression by imperialism and all reaction. Once again, we renew our resolve to dismantle the monopoly capitalist system and replace it with a just, democratic and peaceful new world in which socialism prevails.

END_OF_DOCUMENT_TOKEN_TO_BE_REPLACED

The following article is from the Associated Press:

KATMANDU, Nepal — Tens of thousands of former communist rebels and their supporters rallied in the capital Saturday demanding Nepal’s coalition government be disbanded and replaced by a Maoist-led government.

Prime Minister Madhav Kumar Nepal refused to resign and instead called on the Maoists to resolve the Himalayan country’s political crisis through dialogue.

In response, Maoist leader Pushpa Kamal Dahal announced to cheering supporters they would launch an indefinite general strike from Sunday.

END_OF_DOCUMENT_TOKEN_TO_BE_REPLACED

The following article is from Asian Tribune:

The former rebel party said it would stage a mass rally in the capital city Kathmandu on May 1 and go for indefinite general strikes from the next day if the prime minister did not step down.

The party has threatened to shut down vehicular movement, industries, businesses and academic institutions and bring the Himalayan nation to a complete halt starting May 2.

END_OF_DOCUMENT_TOKEN_TO_BE_REPLACED

Network to Fight for Economic Justice: ‘March on May Day’ 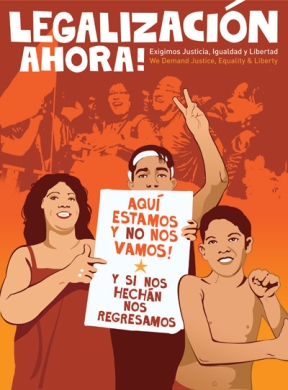 The following statement is from the Network to Fight for Economic Justice:

The Network for Economic Justice (NFEJ) is calling all members and affiliated unions and groups to mobilize for the May 1st immigrant rights marches and rallies across the U.S. Hundreds of thousands of working people, mainly Chicano/Mexicano – but all sorts of working people who want justice – will be out in the streets with signs and chants demanding “Legalization now!” and “Stop the raids and deportations!”

END_OF_DOCUMENT_TOKEN_TO_BE_REPLACED

May First: High Noon in Nepal

“You must come to Kathmandu with shroud cloth wrapped around your heads and flour in your bags. It will be our last battle. If we succeed, we survive, else it will be the end of our party.”

APRIL 21 — There are moments when Kathmandu does not feel like a city on the edge of revolution.

People go about all the normal business of life. Venders sell vegetables, nail-clippers and bootleg Bollywood from the dirt, cramping the already crowded streets. Uniformed school kids tumble out of schools with neat ties in the hot weather. Municipal police loiter at the intersections while traffic ignores them, their armed counter-parts patrol in platoons through the city with wood-stocked rifles and dust-masks as they have for years. New slogans are painted over the old, almost all in Maoist red. Daily blackouts and dry-season water shortages are the normal daily of Nepal’s primitive infrastructure, not the sign of crisis. Revolutions don’t happen outside of life, like an asteroid from space – but from right up the middle, out of the people themselves.

END_OF_DOCUMENT_TOKEN_TO_BE_REPLACED

The following statement is from the Freedom Road Socialist Organization:

May 1 is International Workers Day, a day to celebrate the struggle of the working class and oppressed peoples and nations against exploitation and oppression. All around the world, millions of people will be marching against the capitalists’ policies of austerity and war. In the socialist counties, like Cuba, China and Democratic Korea, the achievements of working people will be celebrated. Here in the United States, May 1 is also a day of struggle for immigrant rights. This May Day, cities across the country will see a renewed spirit of activism as the undocumented and their supporters take to the streets in this fight for justice full equality.

While the bankers’ obscene bonuses are back, unemployment is still in double digits. Across the globe, the big capitalists, the politicians that they own and the corporate media are saying that now is the time for workers to tighten our belts so that the ‘economy’ – that is their profits – can continue to grow. From Greece to Spain and from California to Illinois, governments are slashing spending on social services, raising taxes on working people, cutting government workers pay and cutting schools and college.