Liberation and People’s Democracy in Tibet: A Study Guide

To mark Serf’s Emancipation Day later this month (March 28), The Marxist-Leninist is posting a set of readings on the question of Tibet. These readings are intended to dispell a number of myths, distortions and outright lies about People’s Tibet (the Tibetan Autonomous Region), such as those spread by the imperialist-backed Dalai Lama and the counter-revolutionary “Free Tibet Movement”. This study guide is being added as a section of the M-L Study Guide.

The Marxist-Leninist recommends two outstanding books on the liberation of Tibet: When Serfs Stood up in Tibet by Anna Louise Strong (1959), and Lhasa, the Open City: A Journey to Tibet by Han Suyin (1977). 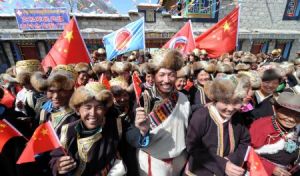 Michael Parenti on the DPRK: “Sanity” at the Brink

The following article by Michael Parenti is from www.michaelparenti.org 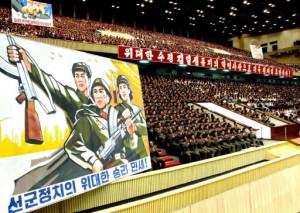 North Korea: “Sanity” at the Brink

Nations that chart a self-defining course, seeking to use their land, labor, natural resources, and markets as they see fit, free from the smothering embrace of the US corporate global order, frequently become a target of defamation. Their leaders often have their moral sanity called into question by US officials and US media, as has been the case at one time or another with Castro, Noriega, Ortega, Qaddafi, Aristide, Milosevic, Saddam Hussein, Hugo Chavez, and others.

END_OF_DOCUMENT_TOKEN_TO_BE_REPLACED

Fight Back News Service is circulating the following article from the New China News Agency on the celebration of Serfs Emancipation Day in Tibet. The editor of the Marxist-Leninist blog would also like to suggest that readers look at Professor Michael Parenti’s article, Friendly Feudalism: The Tibet Myth and Han Suyin’s book, Lhasa: The Open City (not online).

A grand celebration to mark Tibet’s first Serfs Emancipation Day was held Saturday, March 28 morning at the square in front of the Potala Palace in the Tibet Autonomous Region.

The meeting was presided over in both Tibetan and Mandarin by Qiangba Puncog, chairman of the regional government of Tibet, who was dressed in a traditional Tibetan robe. It was attended by about 13,280 people.

After the national flag was hoisted against the backdrop of the grand Potala Palace and snow-capped mountains in the distance, representatives of former serfs, soldiers from the People’s Liberation Army (PLA) and students delivered speeches.

END_OF_DOCUMENT_TOKEN_TO_BE_REPLACED

The following article is by Michael Parenti: 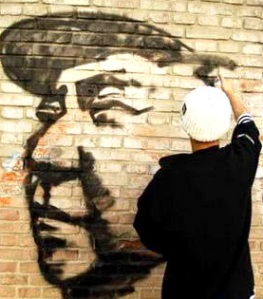 After the overthrow of communist governments in Eastern Europe, capitalism was paraded as the indomitable system that brings prosperity and democracy, the system that would prevail unto the end of history.

The present economic crisis, however, has convinced even some prominent free-marketeers that something is gravely amiss. Truth be told, capitalism has yet to come to terms with several historical forces that cause it endless trouble: democracy, prosperity, and capitalism itself, the very entities that capitalist rulers claim to be fostering.

END_OF_DOCUMENT_TOKEN_TO_BE_REPLACED

Afghanistan: A Study Guide for Anti-Imperialists

What follows is sort of an annotated list of readings that should help anti-war and anti-intervention activists understand the U.S. war and occupation of Afghanistan from an anti-imperialist point of view. I may add to this as time goes on.

See also the Afghanistan page at Fight Back! News: http://www.fightbacknews.org/news/afghanistan

Barack Obama is on record as advocating a military escalation in Afghanistan. Before sinking any deeper into that quagmire, we might do well to learn something about recent Afghan history and the role played by the United States.

Less than a month after the 11 September 2001 attacks on the World Trade Center and the Pentagon, US leaders began an all-out aerial assault upon Afghanistan, the country purportedly harboring Osama bin Laden and his al Qaeda terrorist organization. More than twenty years earlier, in 1980, the United States intervened to stop a Soviet “invasion” of that country. Even some leading progressive writers, who normally take a more critical view of US policy abroad, treated the US intervention against the Soviet-supported government as “a good thing.” The actual story is not such a good thing.