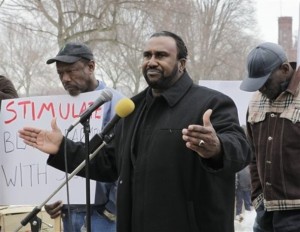 The following article by Abayomi Azikiwe, editor of Pan-African News Wire, is being reposted here from Workers World:

Demonstrations took place during February in support of the demands put forward by African-American farmers seeking an end to land loss and the racist policies of the USDA, which have driven millions of people from the rural areas of the South for decades. Rallies were held in Washington, D.C.; Little Rock, Ark.; Memphis, Tenn.; Jackson, Miss.; Montgomery, Ala.; Columbus, Ga.; Columbia, S.C.; and Richmond, Va.

END_OF_DOCUMENT_TOKEN_TO_BE_REPLACED

December 21, 2009 marks the 130th anniversary of the birth of Comrade Joseph Vissarionovich Stalin and working and oppressed people around the world will celebrate this historic date. To commemorate the birth of this outstanding proletarian revolutionary here are some quotes, followed by some longer articles, highlighting his achievements and contributions to Marxist-Leninist theory and to the cause of socialism. The Marxist-Leninist would encourage those interested to read the 1947 political biography of Stalin published by the Marx-Engels-Lenin Institute as well as the other texts below.

END_OF_DOCUMENT_TOKEN_TO_BE_REPLACED

Celebrate the 130th anniversary of the birth of Comrade Stalin! 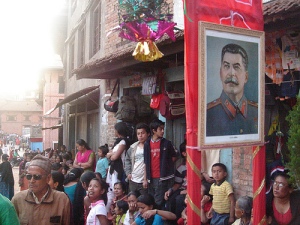 This month, on December 21st, 2009, revolutionaries around the world will mark the 130th anniversary of the birth of Comrade J. V. Stalin, who along with Lenin, led the Great October Socialist Revolution to victory. After Lenin’s death, Stalin consolidated the victory of the USSR and strengthened the Soviet Party, beat back the counter-revolutionary Trotskyites and Bukharinites, paved the way for socialist construction and agricultural collectivization, and led the heroic Red Army in defeating fascism in World War II.

As Mao Zedong, the leader of the Chinese revolution said,

“We can be sure that his birthday will evoke warm and affectionate congratulations from the hearts of all revolutionary people throughout the world who know of the occasion. Congratulating Stalin is not a formality. Congratulating Stalin means supporting him and his cause, supporting the victory of socialism, and the way forward for mankind which he points out, it means supporting a dear friend. For the great majority of mankind today are suffering, and mankind can free itself from suffering only by the road pointed out by Stalin and with his help.” (Stalin, Friend of the Chinese People) 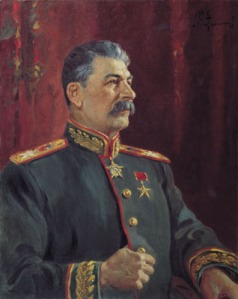 Here are some articles by various revolutionaries from around the world highlighting Cde. Stalin’s contributions:

Mao’s China, along with the Cuban Revolution and African Nationalism, internationalized the black revolution in profound ways. Mao gave black radicals a non-Western model of Marxism that placed greater emphasis on local conditions and historical circumstances than canonical texts.

A friend sent me this article by Robin D. G. Kelley and Betsy Esche, “Black Like Mao: Red China and Black Revolution” (PDF) from Souls Vol. 1 #4. It is about the influence that the Chinese Revolution and the thought of Mao Zedong had on radical African American activists, including figures like W. E. B. Du Bois, Harry Haywood, Robert Williams, the Black Panther Party, Elaine Brown, Huey P. Newton, General Baker, Nelson Perry, Amiri Baraka and others. END_OF_DOCUMENT_TOKEN_TO_BE_REPLACED